?> How to say no - Without Feeling Guilty - Zindagi Hatke

Login to our Website to Express your feelings, ask questions to strangers, help somebody out, get support and suggestion from people like you.

Lost your password? Please enter your email address. You will receive a link and will create a new password via email.

You must login to ask question.

Saying no is one of the most difficult things to do.

Tips for saying ‘no’
Start positive. “Use a positive, shared experience. If I’m talking to an old swimming teammate, I can start with, ‘Remember when you won that race?’ It gets the other person involved, and I’m not throwing down the gauntlet,” Dr Boerke said.

Keep it short. Get to the point. “The longer the conversation goes without getting the point out there, the more likely we are to acquiesce. If you ramble and avoid that short, definitive statement, it opens the door for them to make you feel guilty,” he said.

Be honest. “It really is the best policy. If you’re honest, they’ll know, and they’ll do a better job of respecting your answer.”

Practice what you’ll say
As with any difficult task, preparation can help make it easier to accomplish. Write out a short script or bullet points. Use positive keywords, such as “so” and “but.”

“You can say, ‘We need to keep each other safe, SO let’s do something else.’ Or ‘We can’t do our normal thing, BUT this idea can help us still have fun,’” Dr Boerke said.

“Role-playing is a fantastic way to practice,” he said. “Have your spouse or a friend play the role of the person you’re trying to say ‘no’ to. And tell them to be realistic and difficult in that role.”

Check out this four-part formula for saying no:

Start with a compliment.
Give your answer.
Say thank you.
Encourage the person.

If someone keeps asking over and over, reiterate how you keep promises to yourself/family and expect the same of them.

For the, ‘on second thoughts, I want to pull the pin’ dilemma, be polite, firm and honest. Admit that on reflection you have over-committed without thinking through the consequences, you aren’t able to give 100% and, if you can, make suggestions for alternatives. No one is going to hold you to ransom for stepping out of a commitment.

A note on guilt
What about any guilt? Nobody has forced you to feel guilty—it’s self-generated. See the bigger picture where your time and energy is being poured into a greater purpose, and the guilt won’t ring in your ears quite so loudly.

So, when you next want to say no—just do it! And if your diary is fully stacked with extra commitments which aren’t serving you, and you’re feeling massively overwhelmed and under-excited, I think you know what you need to do next.

Ultimately even if you slay on delivering a perfect no with zero repercussions, you could feel that residual whisper of guilt. And remember that through it all, saying “no” doesn’t mean you’re a bad person. It simply means you’re prioritizing your own needs.

Hi,
I am a mental health enthusiast, passionate about meditations, affirmations, mental health awareness, Youtuber, UI/UX designer, and blogger.
I have a great interest in environmental protection as well.

Previous article The Power Of Your Subconscious Mind
Next article Don’t judge a person by fancy job title and salary package !! 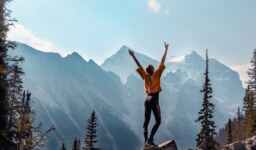 Don't judge a person by fancy job title and salary ... 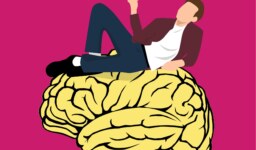 The Power Of Your Subconscious Mind 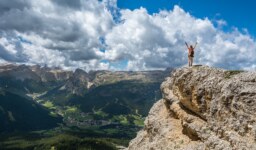 You're Successful, But Why Are You Not Happy